Monsters have long been feared by, well, everyone. After all it’s only normal to be afraid of the dark… or more specifically, what‘s lurking unseen in the dark. In honor of Charise Castro Smith’s new horror play Feathers and Teeth I began exploring some of the creepiest creatures famous for terrorizing cultures across the world. I don’t even like to watch scary movies because I won’t sleep for days, so conducting this research really knocked my sleeping schedule out of whack. Of all the boogeymen, banshees and ghosts in the world, these are the select few monsters from around the globe that would give me the biggest scare. 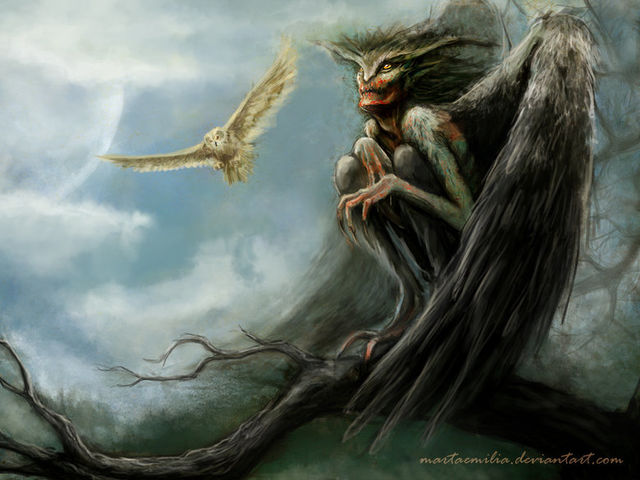 In Poland, strzygas are discovered at very young ages and run out of town to die alone. They are typically women born with two hearts, two sets of teeth and two souls. Upon death however only one soul moves on, leaving the other undead half to develop into a demon (so really chasing them out of town is pointless). Growing grotesque wings and feathery bodies, these women turn into owl-like creatures and prey on people wandering alone at night, drinking their blood and eat them from the inside out! Imagine her ripping you open and saving your skin for last! 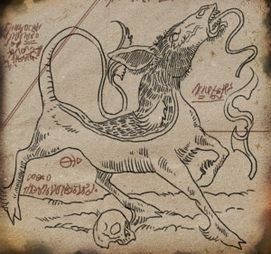 The sigbin is described as an animal whose hind legs are longer than its front, giving it the ability to jump great heights. Resembling a hornless goat with large ears, it tucks its toothy head in between its legs while walking backwards. This monster lives on blood and has the ability to steal your bodily juices by simply touching your shadow. You might not even see the beast when it’s draining you! Its favorite victims are of course children; not only are they easy to catch, but their hearts make good amulets. 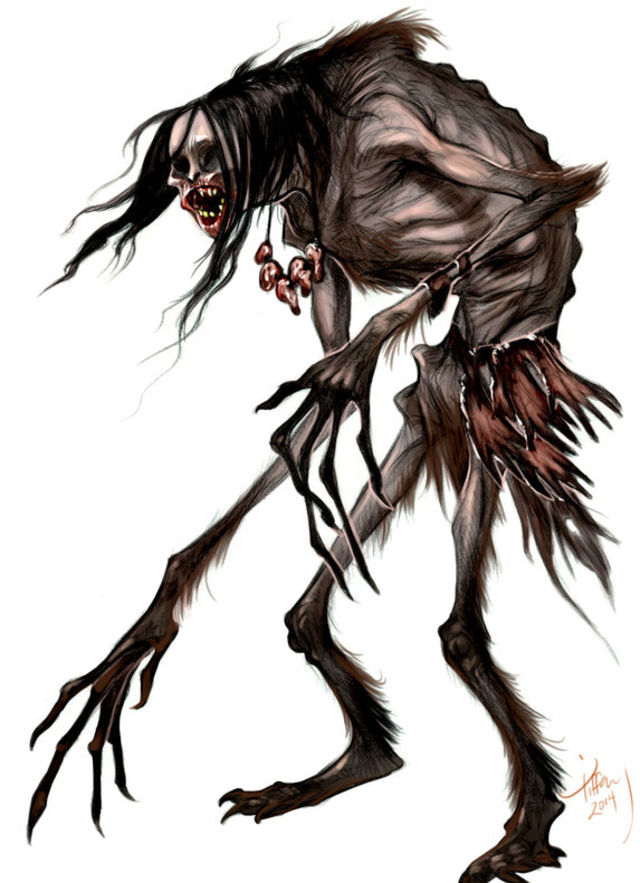 The embodiment of selfishness and gluttony, this half-human, half-beast is never satisfied with its killings. It is said that people who are overly materialistic or egotistical can eventually turn into a wendigo, but the most common way for a person to become one is resorting to cannibalism. Folklore says a person should choose dying of starvation over survival by eating human flesh. Classic anti-cannibalism propaganda, right? These creatures are tall, thin beings with gaunt skin but with each meal, they grow proportionally. That means a wendigo is never full! And if it’s never full, its never done hunting. 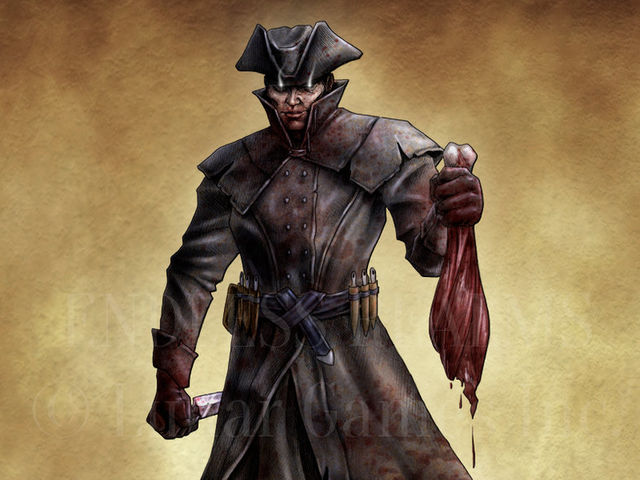 Each country has its own version of the Boogeyman. These stories are used to scare naughty children into behaving, but the South American Pishtaco takes the cake when it comes to gruesomeness. Dating back to the Spanish conquest this hooded figure, often a white man, seeks to kidnap and abuse natives. Its favorite victims are gluttonous and greedy people, adults and children alike. If he finds you late at night, a pishtaco kidnaps you and cuts you up, peeling the fat from your body like string cheese. And what does he do with your flesh? He fries it up like pork rinds (or should I say human rinds) to eat as a midnight snack! 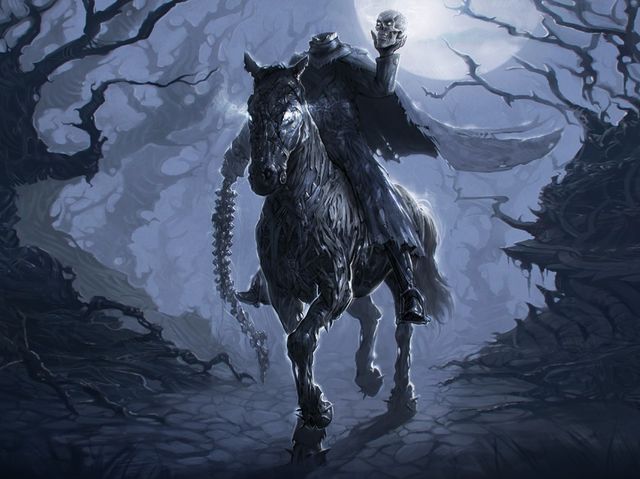 Similar to the headless horseman of the Sleepy Hollow legend, the Dullahan is a headless rider on a jet black horse, roaming the roads of Ireland. The head he (or she) carries beside him hosts a long hideous grin reaching both sides of their head. On every journey the head speaks only once in order to call out its next victim. These heralds of death even carry a long barbed whip made from the spinal cords of their victims, which they use to disfigure, blind and torture anyone trying to spy on them. No lock or gate can keep these sinister soldiers at bay, but have a bit of gold on you and they’ll keep their distance. 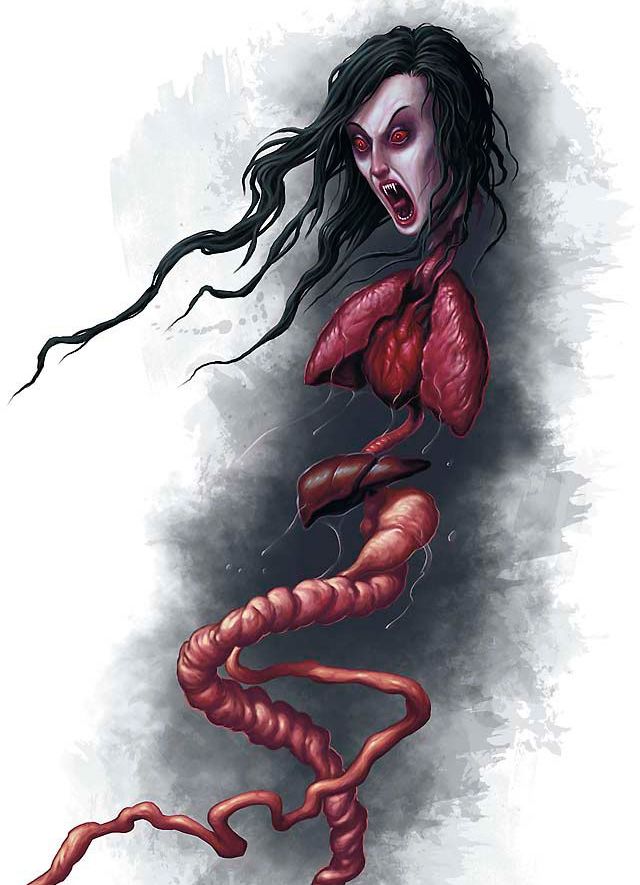 Vampires may have lost a little credibility after being glittered-up and described as handsomely dangerous in the Twilight era, but this bloodsucker from Malaysia can surely help restore the creatures’ famous bite. After breaking a deal with the devil, a beautiful black-haired woman was sentenced to an eternity of bloodsucking. Every night she detaches her head, slithering her organs along with her as she flies, looking for young children and pregnant women to suck their blood. If sucking your blood doesn’t kill you, the poisonous drip from her entrails probably will. Even with the most well locked house, this monster is said to ooze in through cracks to find her prey. While the penanggalan can be killed, defeating one is just about as gruesome as their attacks. Once identified, you must find her body and, while the head is detached, fill the neck cavity with glass shards in order to shred the organs upon reattachment.